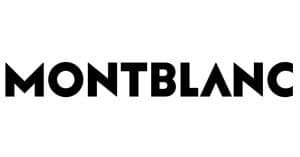 Elvis Presley is still regarded as one of the most significant cultural icons of the 20th century – the “King of Rock’n Roll” who shaped a generation. Born in 1935, Tupelo, Mississippi, and relocated to Memphis, Tennessee, Elvis Presley became one of the most famous musician and actor. The overall shape of the writing instrument is in the form of a car engine’s spark plug, inspired by Elvis’ love for V8 engines, as well as the shape of the gold coated clip. The “EP” logo coming from his signature sunglasses. The cap top features the ‘ELVIS’ logo within the white lacquerd Montblanc emblem and the pattern on the platinum coated cap and barrel is coming from one of his golden rings. His famous cap from “Aloha Hawaii” is taken as basis for the lacquered eagle decoration of the cap, while a quote from Elvis ” Ambition is a dream with a V8 engine” is engraved on the cone.

This website uses cookies to improve your experience while you navigate through the website. Out of these cookies, the cookies that are categorized as necessary are stored on your browser as they are essential for the working of basic functionalities of the website. We also use third-party cookies that help us analyze and understand how you use this website. These cookies will be stored in your browser only with your consent. You also have the option to opt-out of these cookies. But opting out of some of these cookies may have an effect on your browsing experience.
Necessary Always Enabled
Necessary cookies are absolutely essential for the website to function properly. This category only includes cookies that ensures basic functionalities and security features of the website. These cookies do not store any personal information.
Non-necessary
Any cookies that may not be particularly necessary for the website to function and is used specifically to collect user personal data via analytics, ads, other embedded contents are termed as non-necessary cookies. It is mandatory to procure user consent prior to running these cookies on your website.
SAVE & ACCEPT

Thank you for registering to our Newsletter

Thank you for registering to our Newsletter